So do I need to share the news or have we all heard that PB is coming back? Yes for realsies!
It's all pretty confirmed on Dom's Twitter. EEIEIE!

Just in case you guys aren't aware, both Went and Sarah have social media now (I know! Shock)
Wentworth told a particularly bad joke on his Facebook yesterday and SWC takes photos of all things weird and wonderful for her Instagram 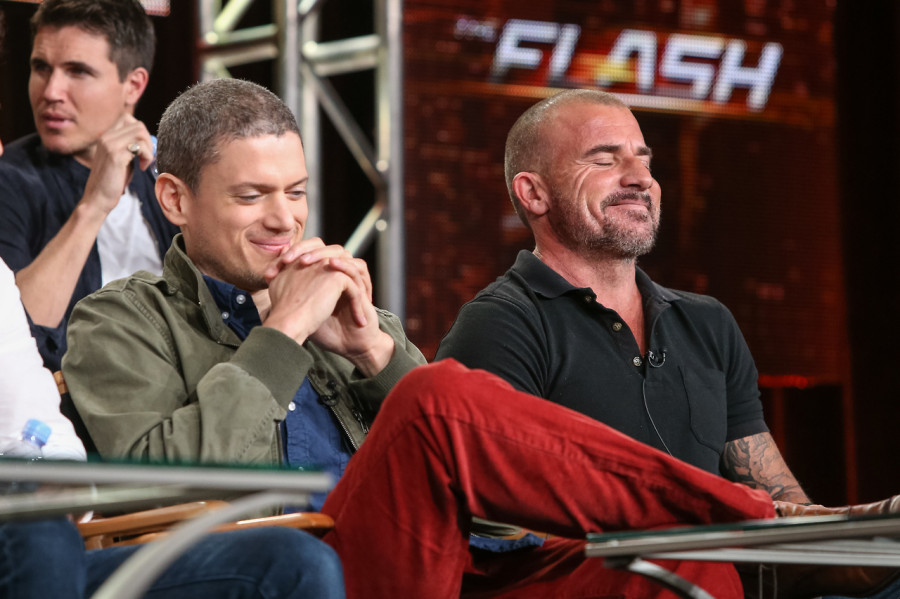 Wentworth Miller and Dominic Purcell are ready to head back to Prison.

Six years after playing brothers Michael and Lincoln on Fox’s hit series Prison Break, the actors are reuniting on the CW’s The Flash as villains Captain Cold and Heatwave. But when we sat down with the pair at the 2015 Winter TCA Press Tour, Miller and Purcell revealed that they are ready to bring Prison Break back from the dead.

“We actually floated the idea to Fox very casually and they seemed very not casual about this interest," Miller exclusively tells E! News. "They seemed to think there was something there."

While Miller and Purcell are definitely in for a potential return, they’ve yet to reach out to any other cast members, with Miller saying, “We haven’t reached out to anyone just yet. It’s just baby steps at this point, early stages.”

Prison Break wouldn’t be the first beloved series to be revived by Fox as 24 returned as a limited series event last season, “a model” Miller could see the show following.

"To go back and do something like we did at the end of season four, where there were those two standalone episodes were Sarah was in trouble; it was like a hidden chapter, we didn’t know this, but we’re going to share this with you, wouldn’t it be cool to go back and layer one of those things in. Like another standalone chapter, this is what you didn’t see before," Miller says. "Or a where are they now, it’s five years later, limited series kind of thing. I think that’d be really cool."

While the series ended its four-season run in 2009, Miller says, “I I have fans coming up to me every day who are watching the show right now. And they are asking me about things that happened in season one that I can’t even remember shooting!”

In addition to the feedback from longtime fans, as well as new viewers discovering the series for the first time through Netflix, Miller credits his upcoming onscreen reunion with Purcell on The Flash for sparking his interest in revisiting the Prison Break world.

“When I got back together with Dom and were spending time together on set and having so much fun and all these memories came back to me, I thought wouldn’t it be cool if we could potentially revisit that world? And I think that’s a really smart model. You’ve got a show that worked and worked well and made its mark.”

Would you watch a Prison Break limited series return?
Source

Oh look at the bottom row. This give me such happiness! So it looks like these guys are regular cast coming into a new season! 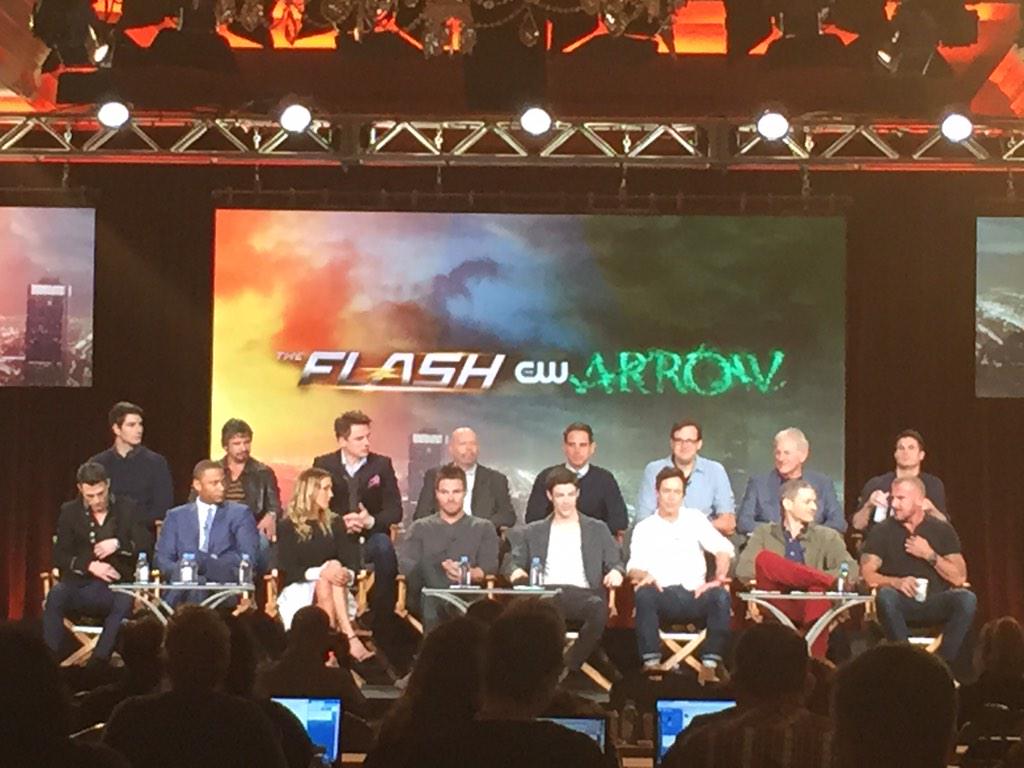 So, this is happening. The Flash, filming in Vancouver. Wentworth has already been filming, I think Dom is the newbie. This is a table read photo from 2 days ago.

ETA:Best photo of the both of them - from the back. here

Robert Knepper will be playing 'Antonius' in Mockingjay. Who's that? Yeah me too. This article is perplexed also. But it looks like he'll be a baddie of course. Minister to Snow.

When we first opened this community, one of the rules was to focus on the work, not the personal lives of the actors. But there have been two exceptions recently that have stood out to me. One is Sarah Wayne Callies and the incredible work she does as the voice of the International Rescue Committee. The other is Wentworth and speaking up for what he believes in.

This brutally honest, eloquent, heartbreaking and inspiring speech from last weekend is, in my opinion, the best thing to come from Wentworth ever and I'm so proud to be a fan of his.

Today is World Refugee day and Sarah, doing her part as the voice of the International Rescue Committee, made a speech about her own experience during a state department event in Washington.

On a lighter note, Sarah and Robert Knepper will be appearing at Wizard World Chicago Comic Con August 8-11 and you can get a photo with the two of them. Details here

Sarah has started her run of broadway this week in 'The Guardsman'.

The actress, who played Lori Grimes for three seasons on the horror series “The Walking Dead,” was in, of all places, a Syrian refugee camp in northern Iraq, doing volunteer work for the International Rescue Committee, when her agents beckoned. “I got back to the hotel room, and there are two e-mails on my laptop,” she recalled by phone. “One is the script of ‘The Guardsman,’ and the other is about a lead in a television series.”

“On the way back to the States, there was a lot of pressure to take the TV job. It was very high-profile,” she added. “I was kind of thinking I might do it. And then I read the play and it was the play that convinced me to do it. . . .It’s the one no one is going to see, but I will come out of this a better actor. Greg Mosher is the kind of director who makes you a better actor. And at a certain point, you grow or you die.”


Full article and another picture of Sarah

Sarah will be onstage from next month off broadway in New York for the production of The Guardsman.

A very funny play about a very bad marriage.

When Budapest's most beautiful and beloved young actress decides to marry, she of course chooses Budapest's most handsome and talented young actor. When she falls out of love a few months after the wedding, and the actor learns she is fantasizing about a courtier to the Emperor--a guardsman--the actor launches a mad plan to impersonate that very guardsman and seduce his own wife.

Here's a quick video of the director talking about casting her, and how he was excited to cast an unknown. lol.
Casting Sarah Wayne Callies
Collapse